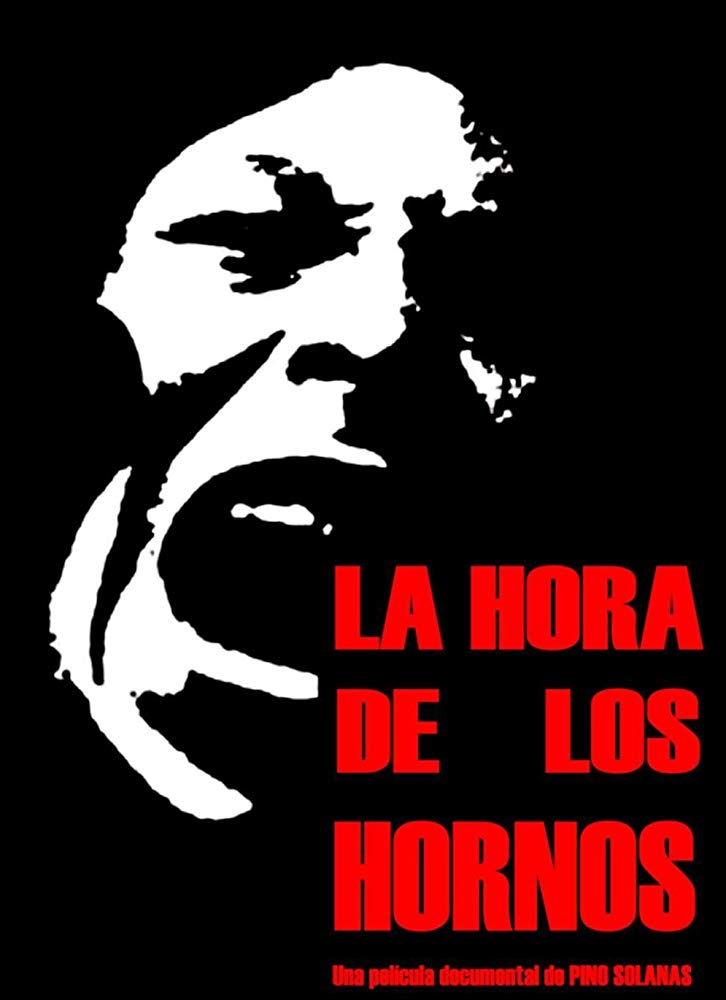 One of the foundational documentaries of Third Cinema, La Hora de Los Hornos (The Hour of the Furnaces) is the film that established the paradigm of revolutionary activist cinema. “For the first time,” said one of its writers, Octavio Getino, “we demonstrated that it was possible to produce and distribute a film in a non-liberated country with the specific aim of contributing to the political process of liberation.” The film is not just an act of courage, it’s also a formal synthesis, a theoretical essay and the origin of several contemporary image practices.

An impassioned three-part documentary of the liberation struggle waged throughout Latin America, The Hour of the Furnaces uses Argentina as an historical example of the imperialist exploitation of the continent. The first part, Neo-Colonialism and Violence, is an historical, geographic, and economic analysis of Argentina.

Part 1 describes neo-colonial violence as having several manifestations, and after enumerating them, we are told in an intertitle that under neo-colonialism,

Made in clandestine circumstances under a dictatorship, back in the 1960s every screening of the film in Argentina was done so at great risk to create a ‘liberated space, a decolonised territory’ within which the film could be stopped for as long as necessary to allow discussions and debates. Several screenings lead to military confrontations. Indeed, to attend a screening was in itself a political act, transforming spectators into responsible historical subjects, not because they did or did not agree with the content of the film, but by virtue of the very decision to attend, despite the threat.