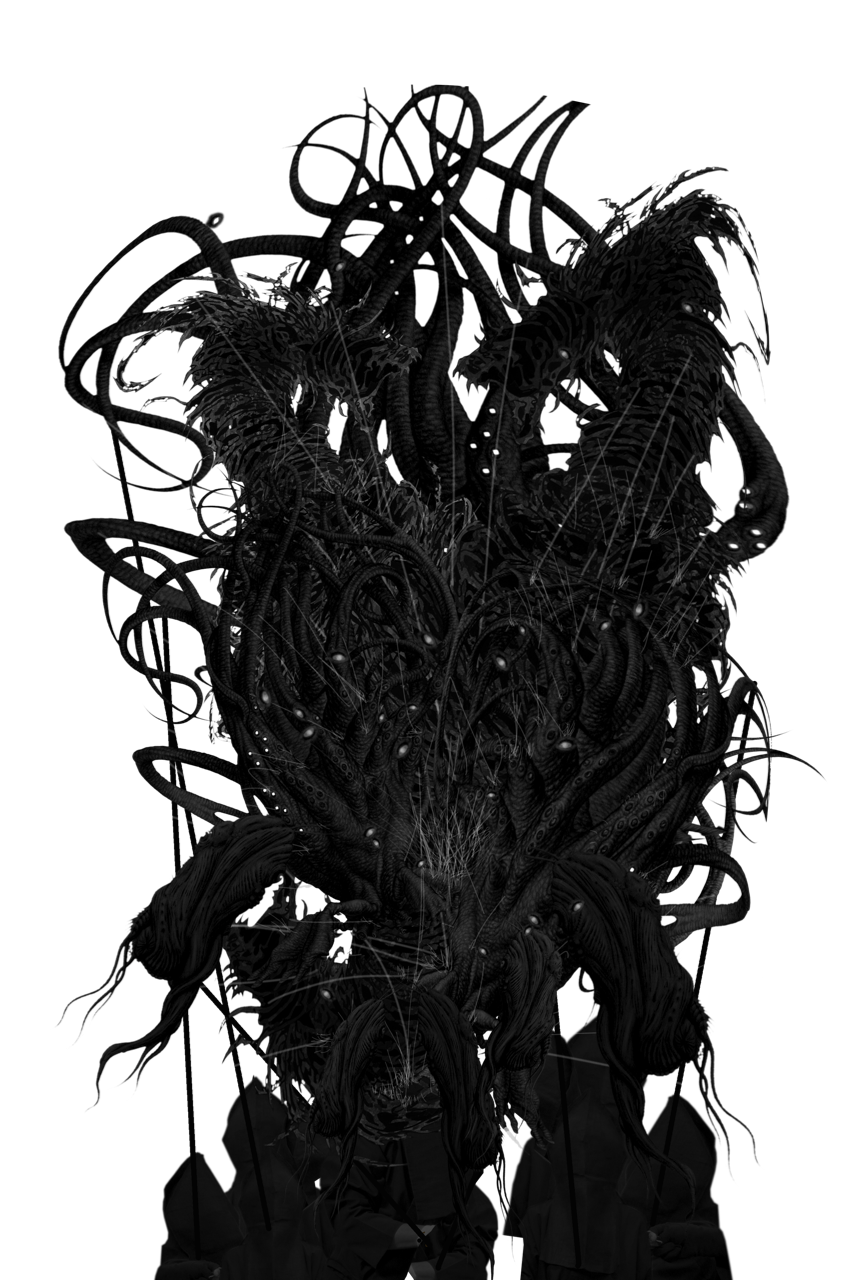 Incantation of Fear, Odete
This incantation is a kind of script to re-enact my childhood discovery of magic in the north of Portugal, where I come from. Surrounded by misty air and moustached ladies, I learned my way into my own body. Their superstitions became my path to a gendered body and that path lead me to a mythology far beneath the earth, far hidden in the fluids of my organism. Melodies and soundscapes functioned as a way to bridge the spirits and the reality I accessed daily. Lullabies were old enchantments, passed from mother to child. Dogs were organic entities of surveillance and warning – living beings that connected all the realms of the northern mountains. Humans were the guardians of the unspoken knowledge. Odete

Inscription, Lamin Fofana
On the process of de-solidifcation of soil in environmental catastrophes. Especially in West Africa and in the Caribbean (see 2017 Sierra Leone mudslides and hurricanes in the Caribbean — Puerto Rico, Dominica and Bahamas). I’m thinking about “Erosion”, soil erosion, mudslides, and the devastation of the environment and destruction of human life. Now to the voice, if the earth could speak… subterranean rumblings, peat harvests, topsoil, and mud. Lamin Fofana