Sadie Young: Can we first talk about the contents of this new CRASH! project? You’ve produced an exhibition in a box. It says to me ‘you aren’t coming to us, so we’ll come to you’ – is this a response to Timespan being in a rural Highland spot? Were you uncomfortable working outside your sheltered urban cosmopolitan? Or is the reference to mail-art just a knowing nod to the gift economy? You’ve also imposed a class system for the packages – you’ve made 100 ‘first class’ packages to mail out by first class post, and I’m assuming these will include the lambswool tartan scarf – as well as 100 ‘second class’ packages with slightly less luxurious contents including the shiny faux-silk fan scarf to mail out by second class post – then there are the ‘third class’ versions in brown envelopes that you are refusing to mail out at all … this whole strategy seems to be reproducing the same systems which governed who could actually benefit from Jet-Age travel – is that right? I mean, we’re basically insulting those who get a second class box, that’s some cheek you’ve got..

SY: Let’s discuss the contents a little further – the project is called ‘Nostalgia For The Jet-Age’. It contains an obvious dilemma – you’re owning up to being nostalgic, but you’re being nostalgic for a mythologised past which never existed. Or worse, pining for a military petro-dollar Jet-Age, which despite its poetic ambition and big visions, was blind to the effects its programme was doing to the planet – is this your intention?

SY: Can you expand a little?

SY: Ok, I’m just going to list the contents here, and perhaps you can expand a little on each item. So we have the magazine, this has an essay by you that basks in the dreams of the Jet-Age when new technologies promised to be liberating, space was a universal frontier not an asteroid mining bank or Branson-branded uber-destination, wipe-clean plastic solved domestic servitude and there were still places for unadulterated hedonism. Its beauty is showing the naivety of those dreams, not mocking them, but clarifying just how far the subsequent decades of swelling capital has deformed us – on the reverse of that is a poster featuring an image by Wolfgang Tillmans of Concorde. There is a poster commemorating the night in 1998 that you and Scott accidentally met the Esperanto Society in a Manchester pub. Then there is the 1970s style ‘fan scarf’ that proudly declares itself to be ‘100% POLYESTER’, there’s an odd vintage Scottish-cutsie-empty-Highland-landscape postcard with the legend ‘Britain Before Central Heating’ hand stencilled on to it – this was stencilled on by the OAP residents of Weeping Willows Retirement Home in Sutherland was it not? – people who remembered a time before central heating was the idea I think? There’s a tea towel that has a quote from Neil Armstrong… have I forgotten anything?

SY: Ah, yes of course. Anything else?

SY: Ne is Esperanto for no?

SY: So the whole thing is really like a mini-exhibition in a box – an exhibition you can read, wear, dry the pots with – a sort of ‘utility’ exhibition in the tradition of Mail Art? With succumbing to nostalgia, are you admitting defeat that a brighter future can’t be designed? What is frustrating the horizon? Is it tripe to state the obvious – politics, economics and the continued use of Auto-tune? It probably is trite and we’ve been stuck on a constant repeat of it while capital has escalated into full saturation. How do you see culture intervening? How much agency do you give it today? The project started off with me sending a list of future institutional dreams with the intention of CRASH! brand-washing us into something civic that could provoke riots. In bolting down that list, I was unconvinced that cultural institutions could solicit the sort of force we need given the state of the world and cultural industries comfortably ensconced in it, but the paralysis of abject hopelessness is what they’re banking on isn’t it?

SY: Cultural institutions definitely need a better sense of humour and less sham heroism to take a punt at changing things.. Can you say some more on the cast of actors CRASH! has invoked for the project – Bucky Fuller, J.G Ballard and so on? Have the big visionaries now been replaced by/educated into culture venture capitalists? What’s the imagery of our future – is it all just pre-assigned algorithms? Some of my top ambitions were to take a swipe at Scotland’s habit of sentimentality on steroids, and to wrestle with how a cultural institution can derange the environmental crisis so it’s kinda funny that this project has turned into ‘Nostalgia for the Jet-Age’. I’m pretty sure nostalgia was on the list of things to banish. Talking about humourless institutions, the environmental crisis has gone past the point of urgent and we just can’t excuse ourselves of responsibility. It’s especially hard to ignore from a place where the scale and history of the ancient landscape overwhelms and swamps any human intervention. If you think about how the Jet-Age imagined an unrecognisable future, it’s climate change that’s going to serve us this unrecognisable future on an unimaginable scale. We’re naturally transnational multidisciplinary spaces with a (supposed) diversity of audiences and actors, so how do we mobilise and politicise this to bring about the biggest, most multicultural, multi-language agreement that the planet has ever had, which is the very minimum of what’s needed to stop it burning and sinking? Our oceans have acidified, desertification has already affected 200 million people, drought, fires, disease and environmental disasters are banal in their violence and regularity. We need to do the opposite of the Jet-Age which was based on an economics of exploitation and extraction – we need nothing short of a cultural and economic transformation of degrowth.

MW: I do think the Jet-Age was better though.

SY: OK, but what about ‘nostalgia’? I’m doubtful of it as a progressive force, other than as a tool to clarify the now. We can see its danger in how it has been weaponised by the right to generate an image of an imperial pure (read white) Britain. How do you see it being used as a progressive tool? Don’t you think there’s implicit political design in extinguishing and limiting the future? We’re in a time disabled by anxiety and gloom, and the near future looks just like today, just with more prosaic violence, fear and division, and our culture is an endless repackaging of past movements whose ferocity has been polished off to ironic impotence and clever branding. Brecht said something along the lines of ‘Do not start with the good old things, start with the bad new ones’. I’m with him on that and my very minimal expectation of artists/cultural actors is to imagine a different future and to reconfigure history. There’s a wilful blindness to looking clear eyed at the past but there’s something of a grotesque wistfulness about returning to a mythologised past that nostalgia conjures. This CRASH! edition glides between confident future visions and a wretched despair in diagnosing just how far capital has deformed us – what’s useful from the Jet-Age that can give us that confidence about a brighter future? I mean, that imagined future of space age planetary unity and automation liberating us from work has turned out badly.  We’ve lost many of the big ideas and structures which support internationalism and the best that people are clinging to is a socialist-lite nativism, the worst an ethno-nationalism. And what about these bolts inbetween – you’ve done tonnes of research on agency of youth subcultures, specifically punk – do you regard that as an immediate temporary exciting type response or a slow burn? We’ve got plenty to be raging about but maybe that energy has been programmed, policed and micro-managed out of existing today? Or not not-existing, but it’s so easily and neatly contained and packaged. That’s one of the failures of the cultural institutions I think – too much introspective consideration and bad theory and not enough f&%k this!

MW: I miss the Soviet Union very much.

SY: Yep, 89 was calamitous in so many ways and I don’t think the collapse of international solidarity has really been reckoned with and there’s not much action on how we do anti-imperial anti-racist organising outside of nation state apparatus. This is where I see the potential of culture but am of course naturally pessimistic about its super slick ability to absorb anything remotely ‘radical’. There’s an interesting correlation in the UK with cultural institutions and the dismantling of the welfare state – the public squares are gated off and heavily policed, and the cultural institution has taken on the mantle of this public political space, but pretty poorly and a lot are trapped in an earnest cycle of post-institutional critique. Actually, the thing I like about this project is that you’re not giving an explicit political position or ideology, but finding something in a failed ideology. Is this on purpose? Although with cultural institutions we need stronger stated positions and not hiding behind a faux neutral plurality. How aware were you both of CRASH! being in danger of becoming what it was critiquing – your sharp smart cutting campaigns of the 90s are now standard advertising tropes, although less emotional. There’s similarities with BANK’s bazza fax-back series which was 2 fingers up to the mocking self-importance of the artworld. I think you both show a clarity of the period you were in which was tougher then I think with all that empty optimism around Blair. We can hardly claim today that the crises crashing around us are imperceptible, or not even that they’ve crept up on us – they’ve gone past being threatening, multiple catastrophes are here. Is this where CRASH! came from? Was CRASH! knowingly taking a position against the 90s culture of irony and empty spectacle?

SY: Do you initiate CRASH! projects, or does it come about by invitation? Who invites you – is it majority contemporary art institutions? Do you think we need a cheerier CRASH! for our doomed times? Scott’s slick ad-man brain is alarmingly sharp and fast – we’ve raced through a million ideas, most of which ‘worked’ at grabbing and simplifying what we’re facing. You should pitch a repopulate the Highlands campaign to Highland Islands Enterprise – they’re invested in space and we’ll have rockets launching from a space-port in the Sutherland hills in a few years. Apparently it’s going to position the UK as a ‘leading commercial space nation’ but I imagine the asteroids will have been mined already. How bothered are you by the ‘products’, is it important that they’re considered a hybrid of art/products?

MW: It reminds me of X-ray Spex so jes.

CRASH! is an art magazine co-produced by Scott King and Matthew Worley. Formed in 1996 as a riposte against lad’s mags of the 90s,  they resurrect CRASH! periodically when it’s useful to do so. Matt Worley was born in 1970 and grew up in Norwich, where he still lives. He works as a professor of modern history at the University of Reading and continues to contribute to Crash! with Scott King when the need arises. Matt has written extensively on the British labour movement and youth and sub cultures and has recently published the book No Future: Punk, Politics and British Youth Culture, 1976–1984 (2017). University of Reading staff profile 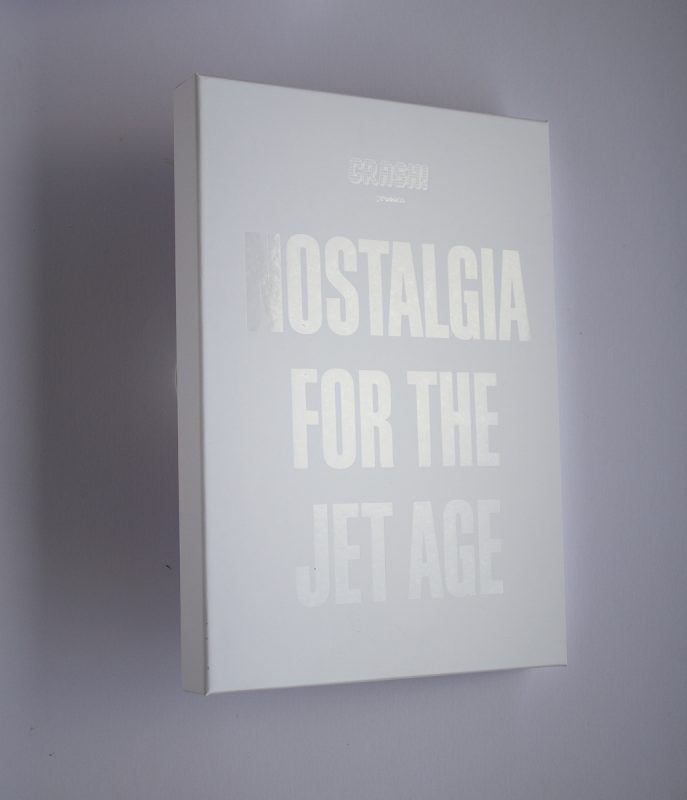 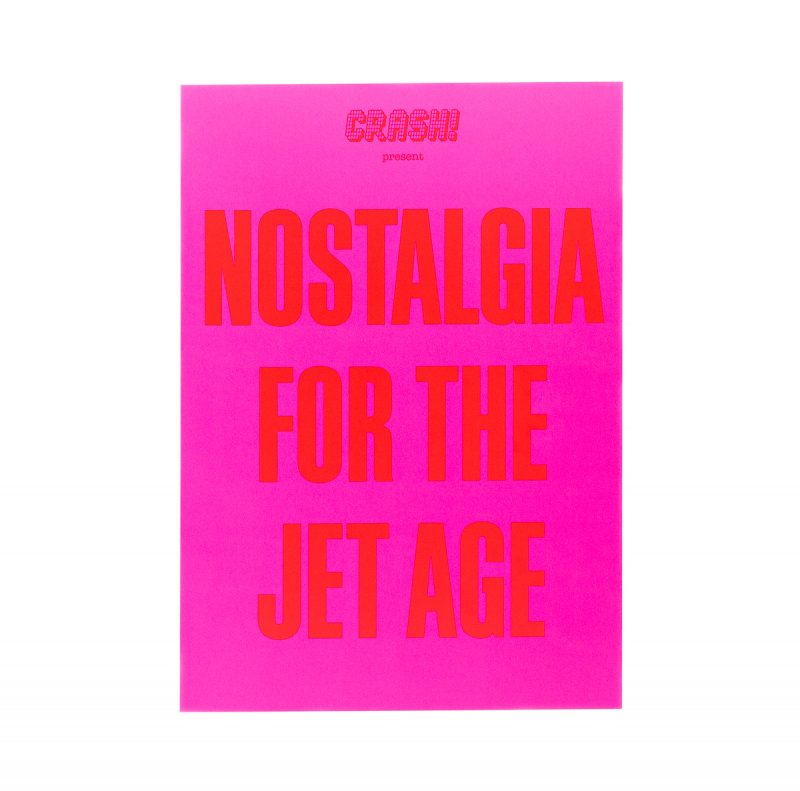 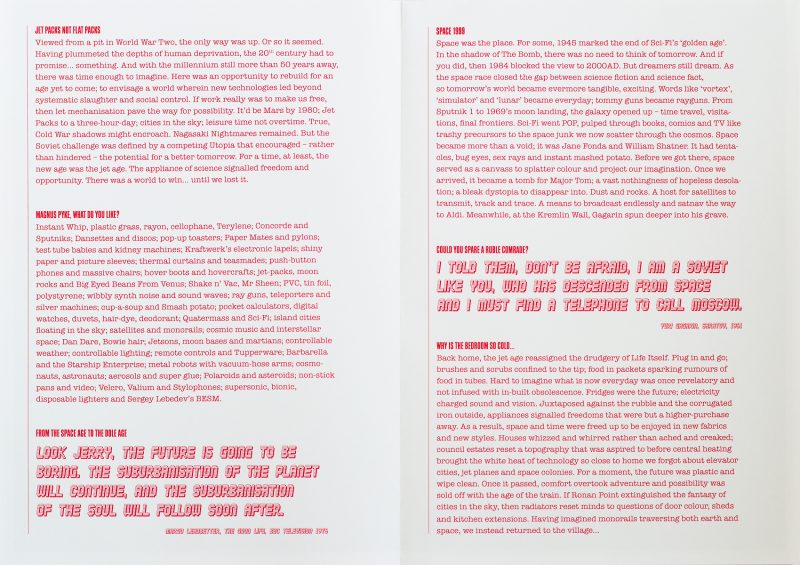 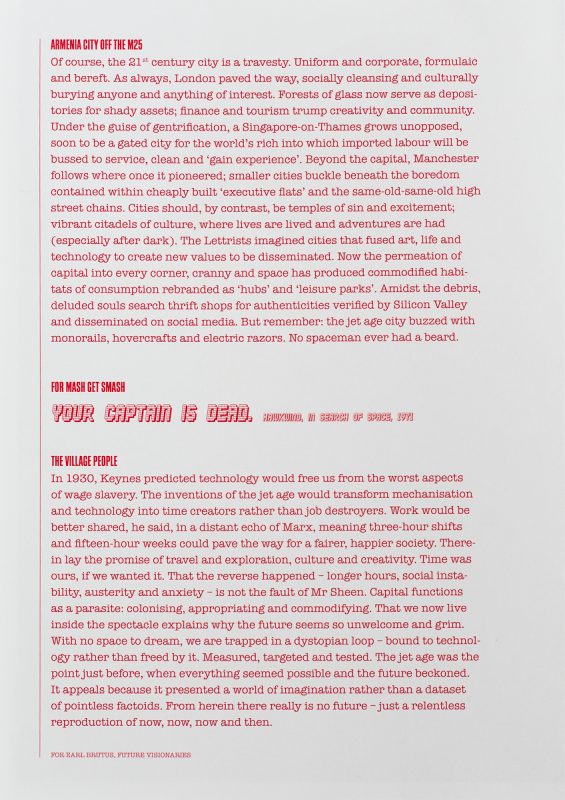 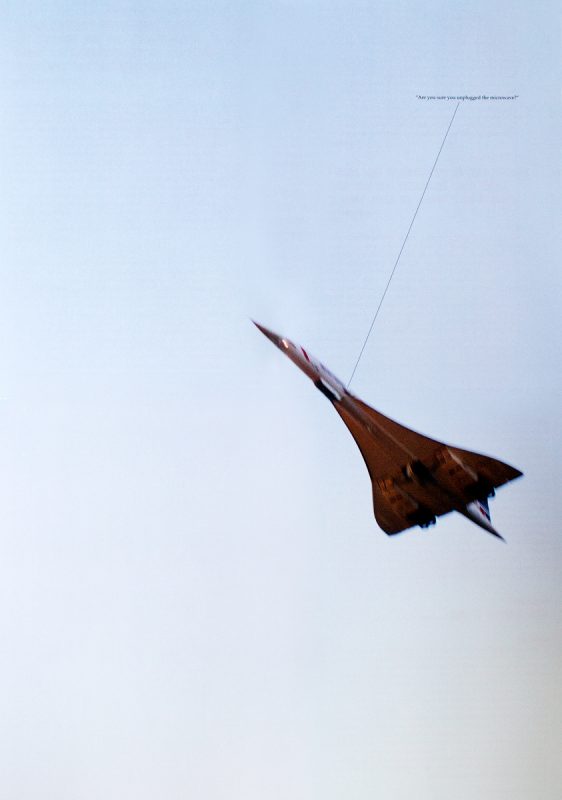 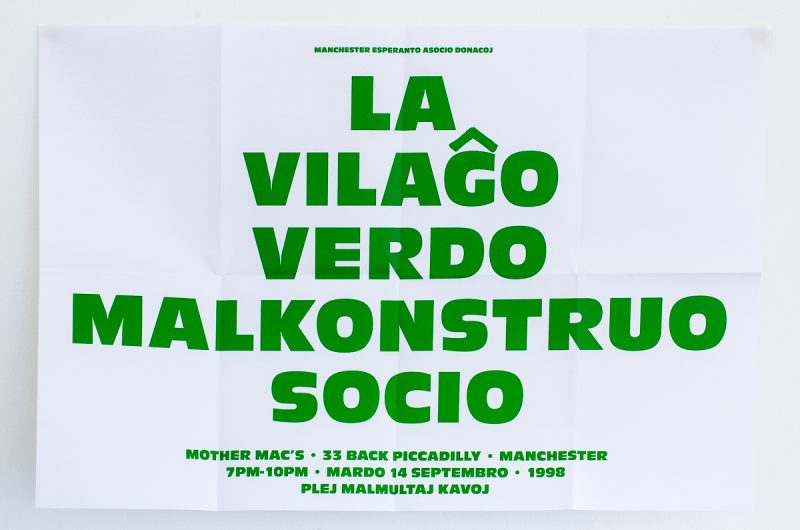 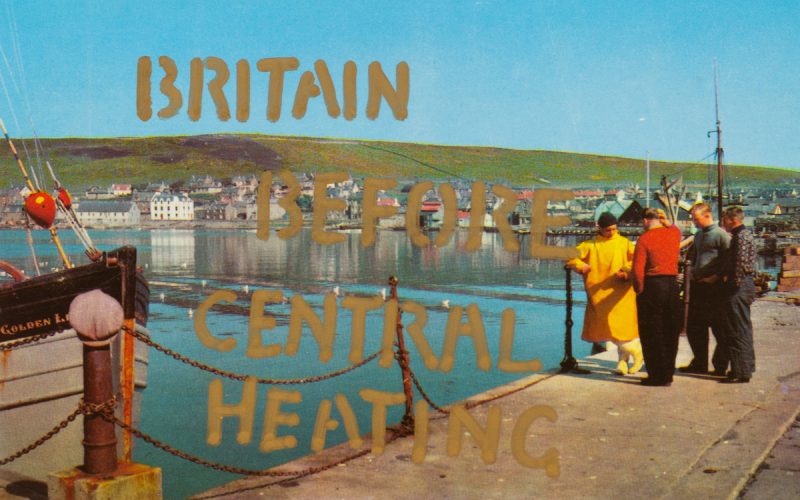 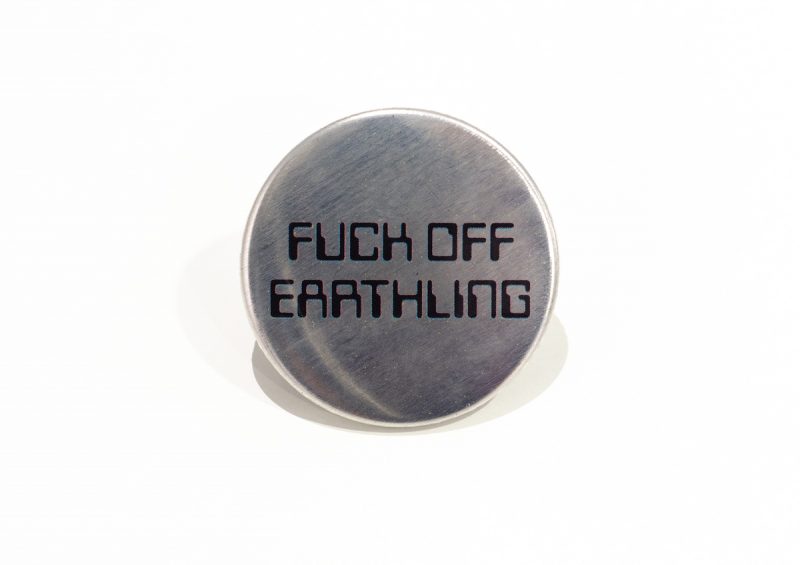 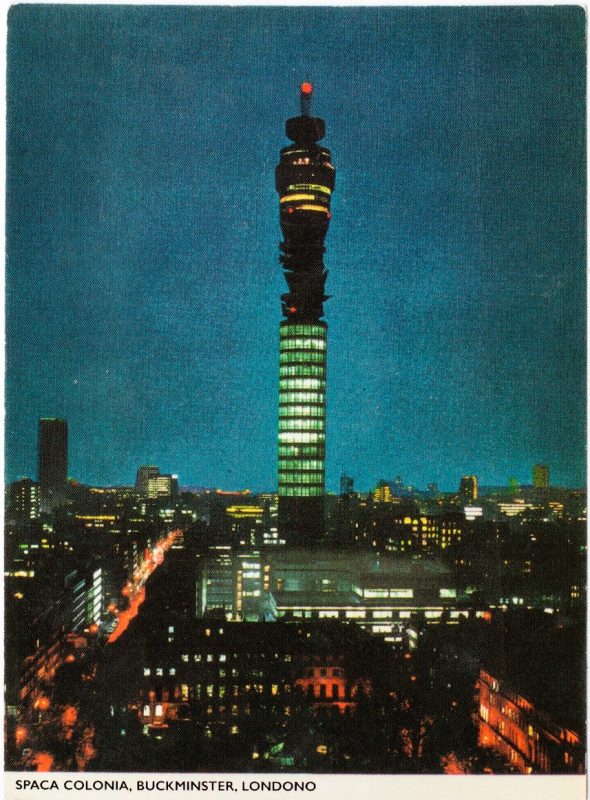 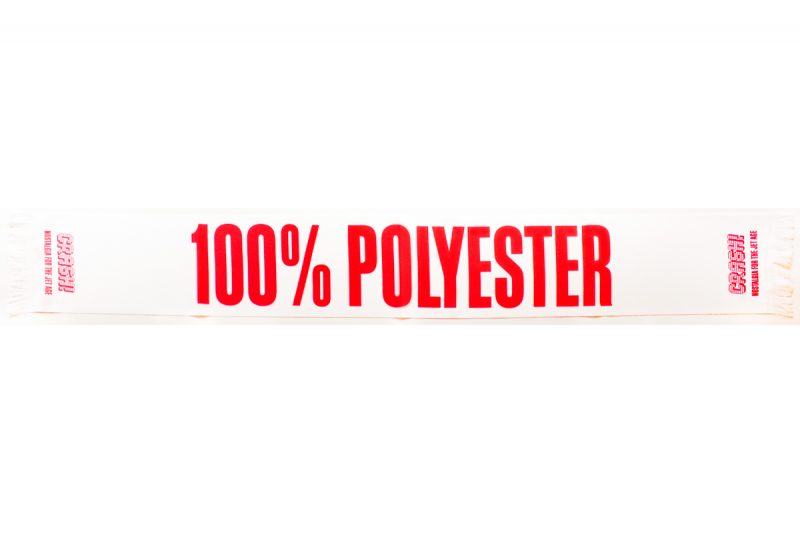 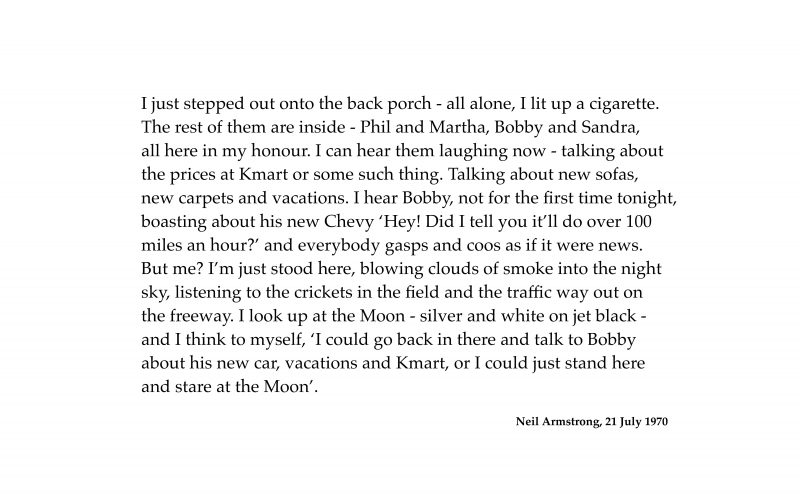 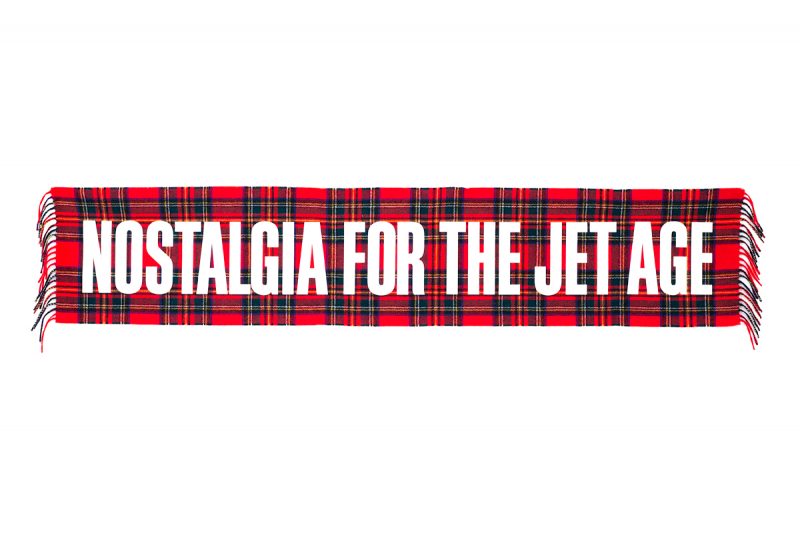